A notable exception to the market situation remains the EOS Force (EOSC) which rallied nearly 833% from lows of $0.03 to highs of all-time highs of $0.28 on May 12. EOSC or EOS Classic started a rally on May 11 after a massive breakout from a consolidation bout initiated in mid-March. 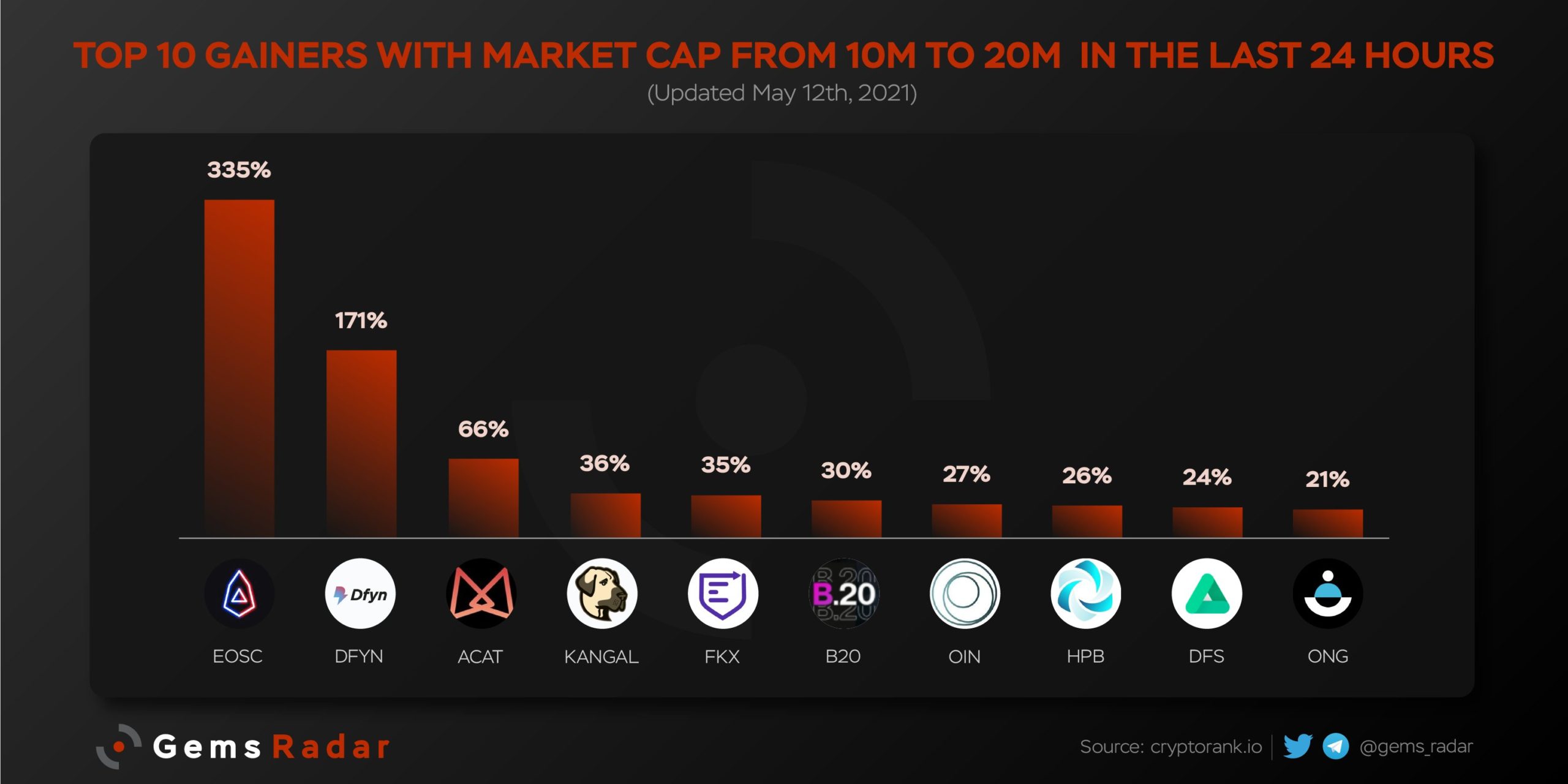 At the time EOSC/USDT was trading at $0.16, up 886% weekly. EOS Force (EOSC) describes itself as a decentralized high-performance smart contract platform. Based on different governance concepts, the EOSC community optimized the election mechanism of EOSIO and launched the EOSC mainnet.

According to prominent twitter crypto analyst and trader, Rekt capital who believes that investor money flow is primarily focused on ETH and some other large Cap Altcoins presently, Litecoin may be poised to see massive gains in the days ahead.

The analyst noted that Litecoin (LTC) has been following Ethereum price action since mid-2020, therefore LTC is meant to accelerate its price increment just like ETH did. Stating:

”$ETH is currently ~3900 and $LTC is ~$360.That’s over a 10x difference At some point later in the cycle, this difference will begin to narrow as Litecoin accelerates in its trend to fully catch up with #Ethereum”

while reinforcing that like many other Altcoins, Litecoin is entering a phase in the market where the gains are going to be larger and quicker than before.