Why Crypto: Valuation by Productivity

Traditionally stocks are evaluated through discounted cash flows, or by comparing PE ratios from different sectors. This works well for some “first-derivative” value stocks when you have a reasonable idea of top and bottom line trajectory.

Another way you can calculate value is by looking at the total market size and predicting market share. For example, assuming the EV market is $160B and it grows at a CAGR 22.6% for the next 5 years, you can rationalize capturing 20% share is worth $88B [1]. Do this for all the lateral businesses of $TSLA and you come up with a much different number than looking at the income statement.

But you would have extreme difficulty predicting cash flows for certain growth stocks, even combining those two above strategies. With the $WORK boom lately I’ve been approaching valuation from different angle. Look at productivity as an indicator of value. Productivity is defined as output divided by input or GDP to hours worked; how efficient a company’s workforce or nation’s economy is. Increasing productivity means cutting costs and/or boosting production, whether that’s through an optimized assembly process or in Slack’s case, improved communication. For the cost of a dozen employees, if we assume Slack manages to improve communication and reduce costs by just 1% on average, that means millions of dollars saved. In a perfect market the corporate world will buy the product. Similarly, Ethereum’s platform for smart contracts and dApps could disrupt multiple industries if executed well.

Warren Buffett has compared the cryptocurrency hype to gold, saying it is a non-productive asset that one only hopes to part with later at a higher price. While there is a lot of ignorant speculators out there, I haven’t been able to find someone who understands decentralized blockchains that’s also bearish.

In this article, I explain technical reasons why Ethereum is much more exciting to me than Bitcoin, even though both are revolutionary in their own respects. If you are curious about how blockchains work, the best explanation on the internet is this 3B1B video, but it isn’t mandatory to understand this article.

1. Comparisons as a currency

Ethereum as a currency can verify transactions in 10 seconds, as opposed to 10 minutes on bitcoin’s network [2]. This is subject to statistical variation however and in the case of Ethereum, depends on how much gas reward was added.

A minor advantage of ethereum over bitcoin is the concept of gas, or cost of computational power set by miners. It keeps a separate price unit between the value of a cryptocurrency and the actual computational cost, whereas the bitcoin block prize is subject to the whims of fluctuating price. In practice the difference is moot, but gas is fairer and more flexible.

What does transaction time mean for adoption? Vitalik Buterin describes it in a push towards a 12-second block time from 2014:

In many cases, this is fine; if you pay for a laptop online, and then manage to yank back the funds five minutes later, the merchant can simply cancel the shipping; online subscription services work the same way. However, in the context of some in-person purchases and digital goods purchases, it is highly inconvenient.

And the block time will get even shorter. On December 1st, Ethereum 2.0 will be launched switching from proof of work to proof of stake.

When compared to traditional centralized Point of Sale or credit card companies, decentralized cryptocurrency should be treated as an upcoming threat, or an opportunity for investment.

2. Proof of Stake vs Proof of Work

When potential transactions are broadcasted to the network, Ethereum and Bitcoin miners fervently perform trial and error computation to find the nonce that yields a valid block. More powerful mining rigs can throw more compute power at the cryptographic puzzle, and are thus more likely to mine the winning block.

The limitation is that proof of work is vulnerable to a 51% attack. This is where a small concentration of malicious conspirers own more than half of the computational power in the whole blockchain network. If a bad actor wanted to start injecting fraudulent transactions into the blockchain, they could outmine the other 49% of the network. Proof of work means that the longest blockchain is the true blockchain, so the attackers could write blocks where all the bitcoin in the world would be sent to their wallets. A mining pool briefly achieved this benchmark in 2014 but was voluntarily split. Today, a small concentration of compute power is growing the Shenzhen, China.

An alternative protocol, proof of stake, gives more mining power to people with larger amounts of ETH. Randomly selected validators stake their ethereum onto blocks that they have validated as legitimate. A lock-in mechanism automatically “slashes” or removes that stake if they try to introduce false blocks. If they validate true blocks, they get their coins back as well as transaction fee. The advantage is a faster block time, lower transaction fees, and less energy consumption.

Smart contracts are a key feature on the Ethereum network. They’re a public bit of code that lives on-chain to execute for anyone. Think of it like an unfeeling vending machine who’s word is final.

Simple example: Two people want to sign a contract that is conditional on some future event. If the event happens, then a transaction occurs. Otherwise, there is no transaction. The two parties write down exactly the details of this contract until both are satisfied. As they get ready to ink the deal, they broadcast the contract to everyone else in town to bear witness. Some time in the future, the event triggers, and the funds get transferred automatically.

Concrete example: A young couple, truly in love, wants to get engaged. They would never, ever dream of separating, for their souls sing in harmony. Before they get married, they both agree on a prenuptial smart contract that delineates asset ownership, child custody, and alimony. Fast forward 5 years, and the couple is up in arms. They can’t stand each other. The gentleman wants the car and the dog, and the lady wants an alimony. There’s no way he’s paying her a dime. Great news! Because it was in the original contract he signed, the blockchain network acts as the judge, jury, and lawyer. The transactions are automatically triggered by the divorce event, leaving no room for reneging. It was right there in the code, and everyone on the ethereum network just saw it happen.

It may take a while to fully realize, but the efficiency implications are enormous. The smart contract arrived at absolute truth with no skillful lawyer to weasel more money for himself and his client. The code automated the whole courtroom process. The cost savings are enormous!

Now think about the enormous insurance industry. All the filing claims, processed in the blockchain. It’s ripe for disruption by blockchain companies that want to develop these code contracts. This is the strongest bull case for Ethereum in my opinion. The use of smart contracts is not a question of if, but when. If I were in the health or auto insurance industry I would leverage them yesterday.

You might say, there’s no way ordinary people would ever use this. We need lawyers and insurance companies, the bureaucracy is mandatory. Just like you’d accuse bitcoin of being blocked by the government because of the government’s difficulty of taxing it. Those points are valid, but the idea of smart contracts is too powerful now that it’s out of Pandora’s box. In my admittedly romantic view, these ideas could outlast the government.

Distributed Apps are developer created apps built on top of the blockchain that have no centralized server and do their computation on the blockchain.

Ethereum is not quite the computational juggernaut to take on AWS that many had hoped in the early days. With current technology, centralized web servers is much better at hyper scaling. But some there are still intriguing possibilities available for decentralized distributed apps.

Check out some dApps on Ethereum’s website. You’ll find games, trading platforms, and pretty much anything that could use a decentralized network that’s free from censorship.

My favorite dApp? CryptoKitties, hands down. 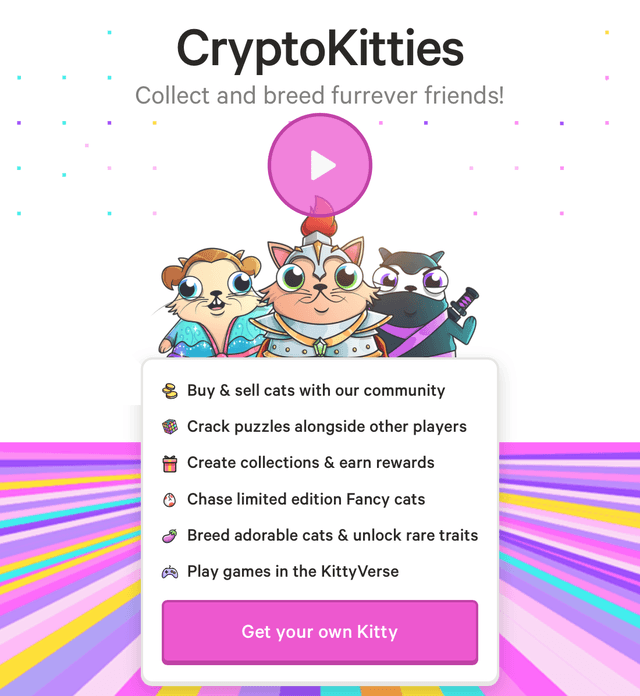 How would I value the community of distributed Apps? Is it a niche hobby for nerds or one blockbuster away from taking over everyday life? That is for you to predict.

While Ethereum is also maintained by open source developers, there is another enterprising class of private developers who write blockchain apps leveraging the Ethereum development platform. These developers contribute to a digital app store with the opportunity to earn revenue. It’s hard for me to predict the timing of when the market will saturate, but there is still plenty of room for growth.

One key thing to note is that Ethereum has more features engineered in from the start. When it comes to blockchain, being the first mover means you also make more mistakes in your design, and it’s nearly impossible for Bitcoin to implement smart contracts or distributed Apps without starting the blockchain over. Ethereum on the other hand, provides a developer platform with its own programming language and is largely extensible. 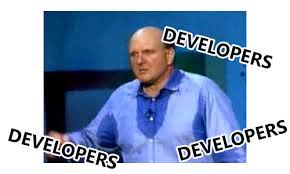 Are there any advantages of Bitcoin over Ethereum?

To be a successful investor, I like to have many tools under my belt. If looking at an investment from different perspectives gives different numbers, that’s a great starting point to research.

Disclosure: I am/we are long ETH-USD, BTC-USD. I wrote this article myself, and it expresses my own opinions. I am not receiving compensation for it (other than from Seeking Alpha). I have no business relationship with any company whose stock is mentioned in this article.