Ethereum Classic has dropped sharply since rising above $7.5 almost two weeks ago. It signaled that a further decline in price could occur. Monero also failed repeatedly to hold on to support levels. Monero could lose 10% in value over the next few days if its immediate support fails. Litecoin had also been sliding in value, but it formed a bullish pattern. If Litecoin breaks out of this pattern, it can see moderate gains within the week.

Ethereum Classic showed a depreciation since hitting a local high of $8.2. Support in the zone of $6.7 was flipped to resistance as ETC dipped beneath, to trade at $6.58 at press time. The resistance could be tested before ETC declines further. 50 EMA (yellow) had crossed beneath 100 EMA (pink) a few days back, showing bearishness.

The exponential moving averages, as well as the highlighted levels, can act as resistance for any ETC movement upward. At the time of writing, ETC looked likely to find support at $6. Trading volume has also been decreasing over the past few days, and any move upward or downward at $6 zone should be backed by high volume to confirm the movement direction. 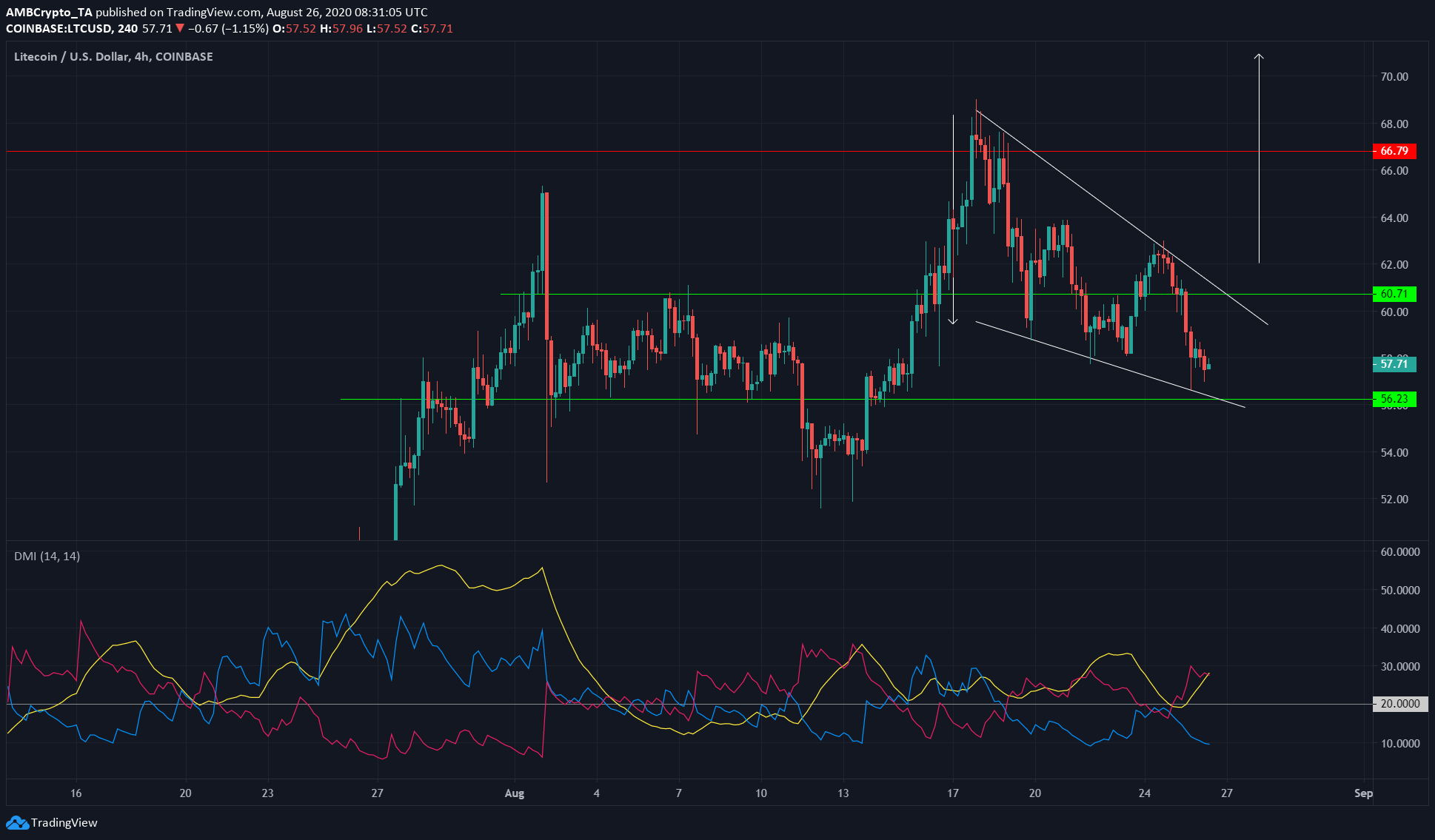 Litecoin was ranked 7th on Coinmarketcap, with a capitalization of $3.7 billion. Litecoin was trading near $44 at the end of July, before a move catapulted it to $65. Litecoin retraced lower but moved past resistance, to $68. 6 before dropping in value.

At the time of writing, LTC traded near support at $56. It seemed to be forming a falling wedge pattern, which is a bullish pattern. If LTC tests $56 and breaks out of the wedge, expect it to break past $66 resistance zone and touch $70 in the coming days.

In the short-term, DMI signaled a strong bearish trend as ADX (yellow) was above 20, and -DMI (pink) was above +DMI (blue).  If support at $56 breaks, LTC can head downward to find support in the $49 zone. 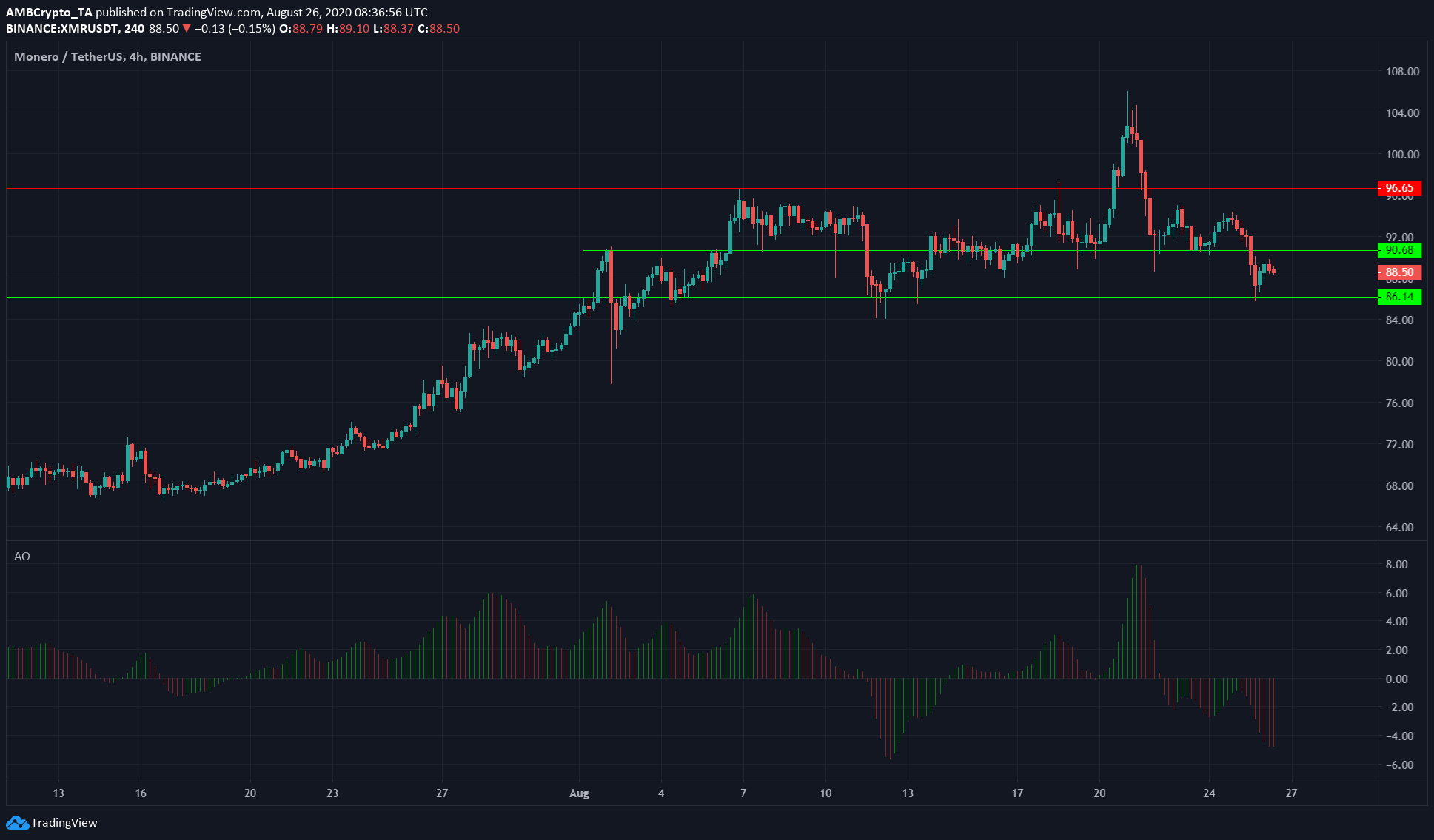 Monero is one of the most well-known privacy coins in the crypto space, ranked 17 with a marketcap of $1.56 billion. Some recent news of Monero was CEO of NuggetsNews Alex Saunders tweeting an image that could be an announcement of XMR being delisted on the Australian exchange CoinSpot.

Awesome Oscillator indicated increasing bearish momentum, and Monero could face a decline in price to trade at $80 region.