On a typical day in the office at cryptocurrency merchant bank Galaxy Digital, there would be 80 people buzzing around.

But this Tuesday, due to coronavirusThe majority of cryptocurrency assets, along with the entire global financial sector have taken a sizeable hit in the last… More restrictions still in place in New York, there are only a handful of people present, with Novogratz himself donning what he calls his “COVID-mustache” and a hat. Galaxy Digital hosted a webcast entitled, “Got Gold? Add Bitcoin

BUY NOW,” and they graciously made room for BeInCrypto on the call.

The cryptocurrency community may know Mike Novogratz for being a billionaire Bitcoin investor, but his career in finance started before Satoshi Nakamoto

We don’t know much about the founder (or founders) of Bitcoin — Satoshi Nakamoto — as he pretty much disappeared… More came on the scene. Prior to his pivot to cryptocurrencies, the Galaxy Digital CEO spent more than two decades as a macro economic investor on Wall Street as a partner at Goldman Sachs and hedge fund manager at Fortress Investment Group.

Now that he’s at the helm of Galaxy Digital, he says things haven’t really changed much when it comes to the way he navigates the financial markets. These days, in this COVID-ravaged economy, he’s focused on two themes: the macroeconomic environment and inflation

Most people who know anything about the economy have heard the word inflation. It is usually thrown around as a… More hedges like Bitcoin and gold.

In part one of a two-part series covering the Galaxy Digital call, we’ll take a look at what got the economy to this fragile point through the lens of Novogratz. In part two, we’ll take a closer look at why he believes Bitcoin and gold should be in every investor’s portfolio.

Over the past four weeks, the COVID-19 crisis has claimed some 26 million American jobs, and with the lockdown still in place across much of the United States, there’s no clear indication of when the pace might ease up.

“There’s no mystery to what’s going on. We have the greatest economic slowdown in modern history,” said Novogratz on the call.

Using his best guesstimate, the Galaxy Digital chief suggests that the United States is probably running at 60% at max of the economy. Meanwhile, the government has made a “huge fiscal push to shove money into the system.” His worry is that the government’s fiscal deficit is headed to as much as 25% of GDP, more than doubling the levels from during the 2008 financial crisis. And it’s not just the United States, as Japan and Europe are facing similar fiscal deficit risks.

“It’s a money printing machine. They’re taking money off trees and handing it out. That dog don’t hunt,” he said.

In fact, Novogratz was already losing sleep about what he describes as “massive fiscal deficits” when the economy was at full employment, saying that was “insane.”

Novogratz points to fellow billionaire Ray Dalio, who presciently decided to be very long gold months ago in case things slowed down. Now things have utterly “collapsed,” said the Galaxy Digital chief, pointing to forward inflationary pressure and the debasement of fiat money. 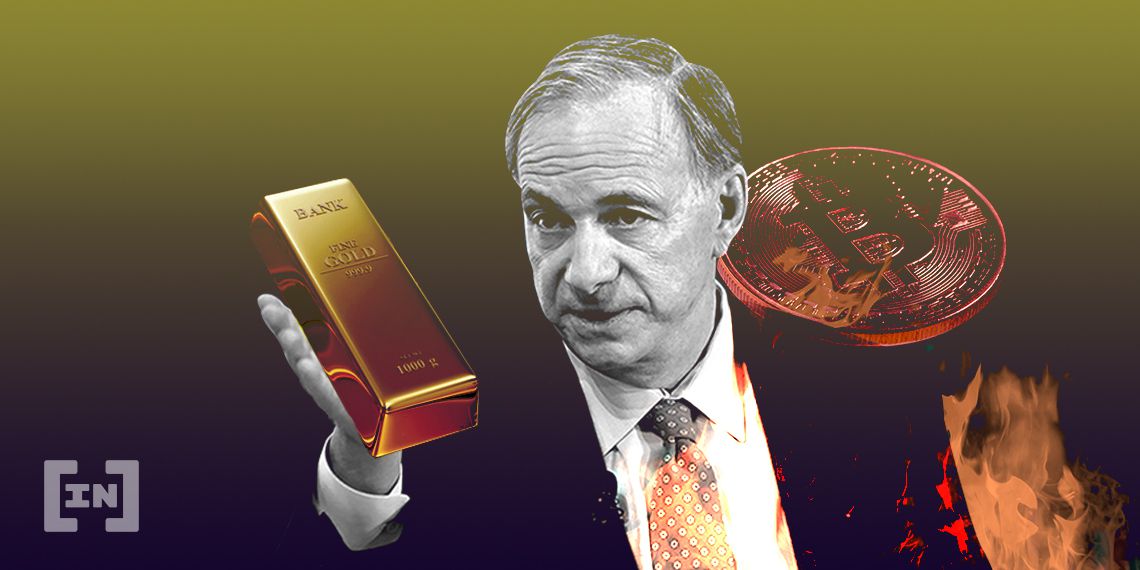 Indeed, inflation is knocking on the door of the economy, which Novogratz explains won’t happen right away. He says there will be a “deflationary shock first” but that won’t’ last forever, given the amount of money that’s been “put on the tarmac.”

Basically, the economy is in a crisis and it will likely get worse before it gets better. He points to the emerging market countries, saying that when they run poor fiscal and monetary policy, the market punishes them and does it fast. Meanwhile, G10 countries tend to get a pass by investors, who tend to say, “Eh, we trust you no matter what you do,” said Novogratz, adding that it’s been the experience in Japan, Europe, and the U.S. But that luck could be about to run out.

“The argument I forward is that there’s a growing chance that we’re going to hit an inflection point,” said Novogratz.

For those who suggest he’s waiting for the sky to fall, he’d argue that “we’ve learned in the last month that even s**t we didn’t think can happen, can happen,” pointing to the negative price of oil and negative swap spreads. And these are not issues that will be fixed overnight.

“We are entering a really unstable period. It’s not going to be two weeks that it lasts, it’s going to be years. I think gold and Bitcoin are setting themselves up for a multi-year bull market and quite frankly, the feeling that it’s imperative they’re part of portfolios is growing,” said Novogratz

He pointed to big macro traders who are hunting inflation hedges, wondering, “how do you hedge against stuff that might happen that we haven’t seen before?”

With all of the turmoil in the global economy, you may be wondering why are stocks rallying? Investors need to park their capital somewhere, and with rates hovering at zero, they don’t have an overabundance of choices. But that’s where Bitcoin and gold come in.

Stay tuned for Part 2 of our coverage with Mike Novogratz tomorrow.

Do you want to Be In Crypto?Join our Telegram Trading Group for FREE Trading Signals,a FREE Trading Course for Beginners and Advanced Tradersand a lot of fun!

As a leading organization in blockchain and fintech news, BeInCrypto always makes every effort to adhere to a strict set of editorial policies and practice the highest level of journalistic standards. That being said, we always encourage and urge readers to conduct their own research in relation to any claims made in this article.
This article is intended as news or presented for informational purposes only. The topic of the article and information provided could potentially impact the value of a digital asset or cryptocurrency but is never intended to do so. Likewise, the content of the article and information provided within is not intended to, and does not, present sufficient information for the purposes of making a financial decision or investment. This article is explicitly not intended to be financial advice, is not financial advice, and should not be construed as financial advice. The content and information provided in this article were not prepared by a certified financial professional. All readers should always conduct their own due diligence with a certified financial professional before making any investment decisions.
The author of this article may, at the time of its writing, hold any amount of Bitcoin, cryptocurrency, other digital currency, or financial instruments — including but not limited to any that appear in the contents of this article.